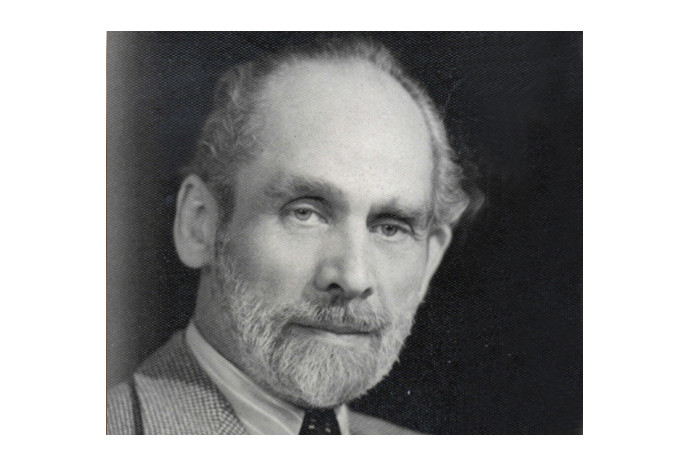 Henry Drospy, perhaps wanting to honour the principles which had been dear to his ancestors, accepted to learn his father’s trade. He was an engraving apprentice in his father’s workshop for many years.

Feeling also drawn to medal making, he entered the "Ecole des Beaux-Arts de Paris", where he got a solid education. As a pupil of Thomas, Vernon, Injalbert and Patey, he won many awards as well as the first prize in the Roman contest of 1908. He was only 23. After a rather long period, disrupted by the war, he got a travel scholarship from the state in 1922. Today he is finished with competition and has become member of the Jury of the "Artistes Français".

So as to get a good understanding of Henry Drospy, one must follow him step by step. First of all, in school, he practically worshiped Roty. Once he finished his education, he drew knowledge from Ponscarme’s work. He was logically led to study the Italian renaissance artists who were Ponscarme’s own masters. In the aftermath of the war, as many others, he was worried. Once more, he was guided by the great artists of the Renaissance. He strived to understand their smooth technique. Each of these periods relate to a particular set of works.

Lately, Henry Drospy has been more specifically attracted to sharp relief; His portrait of Briand is an almost unique example of medal making over the last half century.

When executing a portrait, he disregards his own preferences and wishes. He entirely disappears in front of his model and tries to picture him as truthfully as possible, never concealing reality. He varies his technique according to the model. Whether he’s making the portrait of an old man or a young baby, he will find it impossible to treat both in the same manner. Following Donatello’s example, he pushes the reflection still further and finally comes to the conclusion that "The technique must be modified according to the subject at hand and the purpose of each work".

Until very recently, to find his subject, he simply had to look about him; here, a woman playing with her child; there, a dancer showing off her slim figure; here again, a procession heading towards the village church. He reproduced these small scenes with great care and clarity, giving them a feeling of grace and charm.

In his later works, he seems more set on composition than before. On a given surface, he balances the relief, delineating positively decorative arabesques. Nature is no longer perfectly rendered, but interpreted in modern terms, and this interpretation tends to be synthetic. The tablets “Seasons” and a few others come from this new conception. Probably the most elaborate, the one symbolising winter, is not in any way the least interesting. With only a few elements he indicates the attributes of Winter: the wind, the snow, the sleeping wildlife, the struggle against the cold.

Henry Drospy is at the top of his game, a master of his own thoughts; yet, he’s still searching, evolving without ever worrying about trying to compose an original style for himself. He even believes that an artist who has found his manner, his process, and sticks to it, is only proving himself powerless.

What is striking in his already considerable production is that Henry Drospy has a very solid talent which enables him to overcome any obstacle. His works, of different conception and technique, are invariably perfectly executed. In vain would we search for the smallest sign of weakness. In admitting to his many talents and acclaiming his success, the public gives him credit for his exceptionally gifted nature, and hard work made up of love and passion